I previously posted some reflections from my first snowboarding season, however there was one time before the 2014-2015 winter season that I had attempted to figure out this thing called snowboarding, and that was a seldom-mentioned night in March 2013. Since my partner and a couple of his friends were still very new to snowboarding, and therefore not quite ready to make the trek out to Bristol Mountain, a bunch of us had the idea to purchase an inexpensive “lift ticket” at Northampton Park in Brockport, NY. The ski hill at Northampton Park is pretty rudimentary – featuring only one gradual ski slope and a single rope tow lift. Despite the lack of exciting features, the low price tag of $12 for open ski and $15 rentals makes it a nice place for those who just want to give downhill snow sports a whirl – like us! 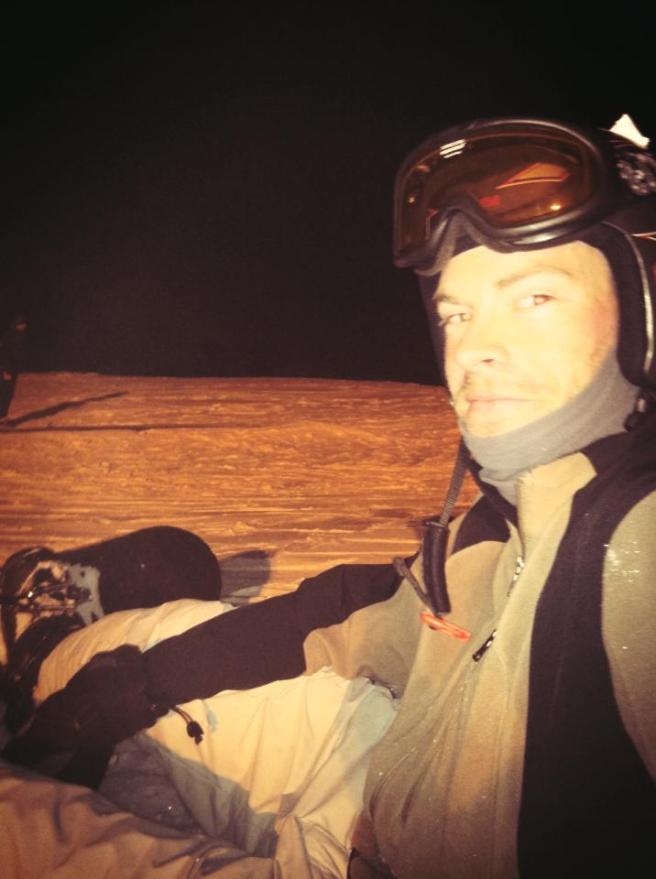 Since most of us had never even attempted snowboarding before, and my partner – the lifelong skier – had only tried it once or twice, it was pretty much the blind leading the blind. I couldn’t figure out how to even maneuver on a snowboard, let alone make my way down the short, easy slope without falling. The most challenging part for me, however, was learning how to successfully ascend the hill using the rope tow. It wasn’t as easy as the little kids made it look! Once I was able to finally get myself back up to the top of the hill, I managed to get in a handful of runs – and one time I made it almost all the way down without falling. To me, that was a success!

Even though I was atrociously clueless and clumsy on a snowboard that night, it made me want to learn how to do it right. I quickly realized that a lesson from a professional instructor was probably going to be the best way for me to get started in snowboarding – and I’m glad that’s something I eventually pursued. So far in Western New York this December has been incredibly mild and unseasonably warm, with absolutely no snow in sight. I’m aching for the chance to get on my board again and continue to work on my skills – whether it’s somewhere low-cost and nearby like Northampton Park or a more expensive, faraway ski resort.

Have you ever been embarrassingly bad at something new? Don’t worry, I have too! Tell me about it in the comments below!

Allison is a full-time marketing manager and freelance writer. She earned a Bachelors degree in journalism from The College at Brockport, State University of New York in 2009. She spends her free time hiking, practicing yoga, and helping others build wellness businesses. View all posts by Allison Mincher